Seascape is happy to announce that Isaac Weintraub has officially joined the Seascape Team. Isaac joins Seascape in the role of Director of Instruction. This new role at Seascape is a key part of an effort to expand our instructional programs. It is our belief that having a good learning environment at the course will bring new players to the game and improve the experience of current golfers.

Isaac was born and raised in Santa Cruz where he had a stand-out junior golf career while playing local golf courses and tournaments. Isaac was a 2-time All American 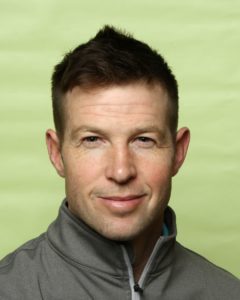 After Isaac’s amateur career he went on the play professional golf on the PGA Tour of Canada, The European Challenge Tour and PGA Tour. Isaac still continues to compete in local tournaments as well as qualifying for the U.S. Open and The Open each year.

Starting in 2013, Isaac began his career in coaching by opening a golf school in Nanaimo, British Columbia, Canada called the Nanaimo Core Golf Academy. By 2020, he was operating three golf schools in different locations in British Columbia and also spent parts of four winters from 2015-2019 coaching alongside Fred Shoemaker in Indio, California at his Top 25 Golf School in America, Extraordinary Golf.

Isaac has worked at many of the top golf courses in the world, including Augusta National Golf Club- home of The Masters Tournament and also has worked with many top golfers as well. Isaac enjoys coaching players of all levels who are committed to the game. He has teamed up with a local non-

profit organization to create a junior golf program in Watsonville for the last two years and also has coached players at the collegiate level, PGA Tour of Canada, The APGA Tour and the LPGA Tour.

Isaac believes that golf should be accessible and inclusive to everyone and takes great pride in being a leader and mentor in his local community.

In his free time, Isaac still plays a lot of golf, surfs, practices yoga and enjoys time with family and friends.

Starting Saturday, November 13th, we are changing our tee box colors and putting out new tee markers. The new tee colors are as follows:

The current yardages and course ratings remain unchanged. The NCGA will be making the update in their software so score posting will match with the new color scheme. 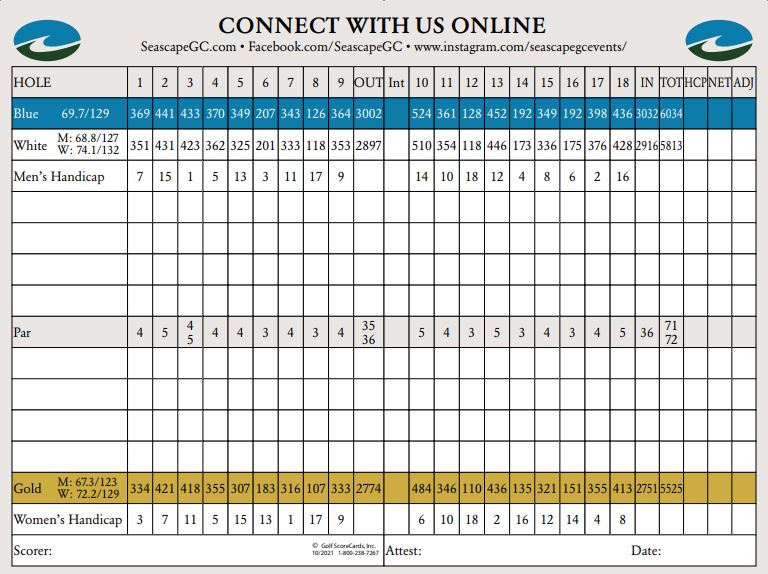 Seascape is happy to host several 2-Day Golf School’s with Isaac Weintraub. Isaac played professional golf for 8 years on the PGA Tour of Canada, European Challenge Tour and the PGA Tour before starting his career as a coach. This a great opportunity to take your game to the next level.